Sign the Petition - Keeping the UK Poultry Fancy Together

On the 31st December 2020, the Brexit transition period came to an end. As a result a border down the Irish Sea came into effect and with-it customs and movement changes between the mainland UK, Northern Ireland and the Republic of Ireland.

This policy has had a particularly harsh impact upon our own fancy. The new rules mean that birds entering the UK to be exhibited or sold will be subject to:

• Any birds returning to the Republic of Ireland or to Northern Ireland would need to spend 21 days in the host country before returning home.

Similar rule changes will affect dogs and other animals and hobbies.

This magazine recognizes as well as anyone the huge contribution that fanciers from Northern Ireland and the Republic of Ireland make to our hobby through the entries, wealth of knowledge and craic they bring with them to our classic shows and events every year, as well as to this magazine!

Many of you are subscribers and leading figures in our hobby, and of course plenty of you have seen considerable success over the years, most recently when Northern Irish fancier Patricia Swandel won Overall Show Champion at the Federation Show with her Barnevelder bantam female.

We know that readers of this magazine and the wider fancy will want to join us in coming together in support of keeping our fancy together. Therefore, we have joined together with the Poultry Club of Great Britain and set up a petition that will be presented to the UK Government, making the case for these changes to be revoked, while also making clear the impact they could have on pure, rare and traditional breeds of poultry in the UK if left in place.

Alongside that petition, we have also set-up two area specific surveys, one to fanciers in Northern Ireland and the Republic of Ireland, and another to fanciers across England, Scotland and Wales, to collate data which will help the fancy to present the best possible case to Government.

This is an important moment for our hobby, and the team at Fancy Fowl hope that you will join us in signing the petition and sharing this post.

Yours in the fancy,

The Fancy Fowl Team & the PCGB Board of Trustees. 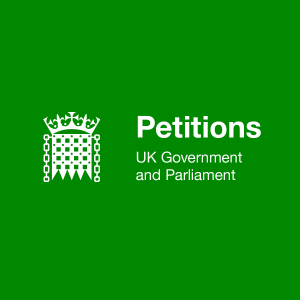 Survey – for people in Northern Ireland and the Republic of Ireland: https://www.surveymonkey.co.uk/r/8FJLC9Y

Survey – for people in England, Wales and Scotland:  https://www.surveymonkey.co.uk/r/853TPC5